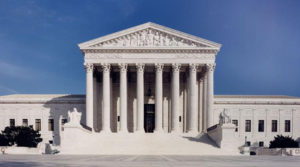 Despite the narrative pushed by the independent pharmacy lobby, the Court’s short opinion in Rutledge v. PCMA simply upholds an Arkansas law as a type of “rate regulation,” which traditionally states have always had the power to enforce. It’s important to note that the Court did not rule the law as a form of good public policy. State policymakers should consider the narrowness of the ruling and be aware that the Court acknowledged the ruling could raise healthcare costs.

The Court’s ruling allows pharmacies to refuse filling prescriptions for patients if they determine the reimbursement for their services is not enough – and will put at risk an important tool used to incentivize pharmacies to purchase affordable prescription drugs.

PCMA President JC Scott explained the ruling in a recent op-ed, take a look: The Supreme Court and Implications for Lowering Rx Costs.

State legislation that aims to restrict the use of PBM tools can limit options that health plan sponsors can use to manage their drug benefit costs.

An updated analysis reveals the impact of a number of these types of legislative proposals, take a look: Increased Costs Associated with Proposed State Legislation Impacting PBM Tools.

The Latest in Rx News

Any cookies that may not be particularly necessary for the website to function and is used specifically to collect user personal data via analytics, ads, other embedded contents are termed as non-necessary cookies. It is mandatory to procure user consent prior to running these cookies on your website.