PCMA continues to lead the effort in promoting PBMs and the proven tools they utilize, which are recognized by consumers, employers, policymakers, and others as key drivers in lowering prescription drug costs and increasing access.

PBMs are projected to save employers, unions, government programs, and consumers $654 billion – up to 30 percent – on drug benefit costs over the next decade, according to research from Visante.

MEET THE REST OF OUR TEAM

For America’s pharmacy benefit managers, PBMs, our core mission is to increase access to affordable prescription drugs for all Americans.

But more can be done and we stand ready to be part of the solution.

PCMA’s Policy Platform, outlined below, presents straightforward solutions that, taken together, would lower prescription drug costs and make pharmaceutical care even more accessible for all Americans.

This policy platform would result in total Federal Savings of $257.5 billion to $398.7 billion over ten years.

This policy platform would result in total Federal Savings of $257.5 billion to $398.7 billion over ten years.

In its first 15 years, Medicare Part D has significantly improved the affordability of prescription drugs for people with Medicare.

PBMs support a set of proposals, which, taken together, would modernize Part D and better align the incentives of all stakeholders to control drug costs and improve quality and outcomes for beneficiaries. These include policies to:

Unlike most patients with commercial drug coverage, Part D beneficiaries can face unexpected, high costs because
the Part D drug benefit does not have an annual limit on out-of-pocket spending.

Rather than lowering the increasingly high prices they set for their drugs, manufacturers want to shrink the discounts they owe Part D beneficiaries and taxpayers.

Instead, to lower drug prices and reduce costs, we should end misaligned incentives and hold manufacturers accountable for their high prices and require manufacturer contributions throughout the Part D benefit phase—from Initial Coverage to Catastrophic.*

*We believe that manufacturer responsibility should be higher in the Catastrophic Coverage phase and particularly for protected-class drugs and novel drugs without therapeutic competition and very high costs. 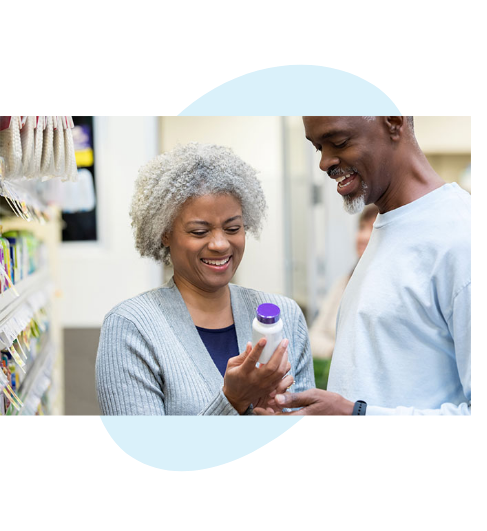 The most important barrier to bringing costs down is the lack of competition and rules that stymie beneficiary choice and competition. By increasing competition, we can lower costs, increase access, and drive continued innovation in Part D.

We should build on Part D’s record of success by eliminating the two drugs per-class requirement; allowing select exclusions of the protected classes; encouraging beneficiaries to use lower cost drugs, such as generics and biosimilars; and promoting greater plan choices for beneficiaries. 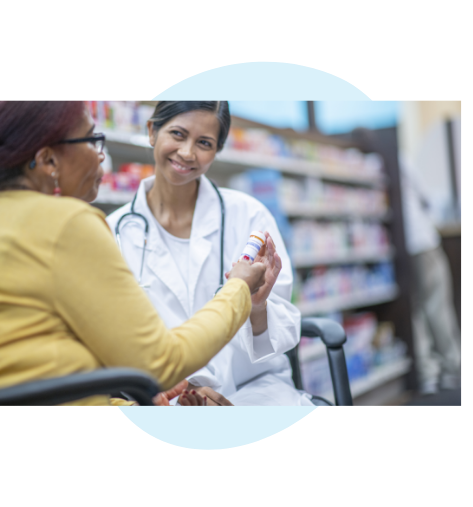 The rebate rule, which limits plans and PBMs from negotiating lower drug costs on behalf of Part D beneficiaries, would increase premiums 25% and cost taxpayers $170 billion.

A 2019 Government Accountability Office report found that PBMs passed 99.6% of all rebates on to plan sponsors, helping keep premiums and costs low. We should repeal the “rebate rule” and advance real solutions to bring down drug costs. 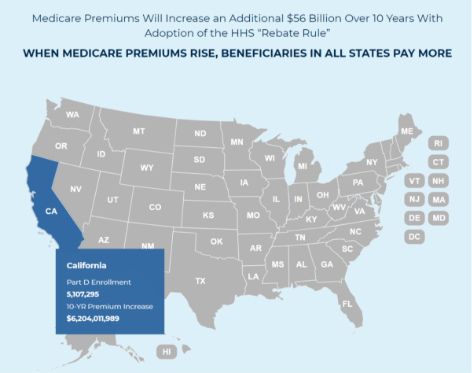 We should advance transformation in the delivery of pharmacy care services by rewarding value-driven pharmacies that promote quality care, improve clinical outcomes, and reduce out-of-pocket costs for Part D beneficiaries.

Rather than unravel value-driven gains, we can improve pharmacy pay-for-performance (“DIR”) by ensuring pharmacies know how they’re being measured, including through tools like EQuIPP, and requiring Pharmacy Administrative Service Organizations (PSAOs) to share with pharmacies the quality measures and criteria that they are required to meet.

Increased competition in the marketplace is essential for PBMs to effectively lower drug costs.

The result? Higher costs for patients and payers. We can do better by eliminating patent thickets, limiting evergreening and product hopping, and clearing the way for other manufacturers to bring their products to market, paving the way for more competition and lower costs.

Currently there are
only

Qbiosimilars on the
market in the
U.S. versus

Innovation in the prescription drug marketplace without affordability undermines patient access. Congress has granted over-long exclusivity periods for biologics and orphan indications leading to orphan-drug indication abuses and unforeseen delays in getting more affordable biosimilars to the market.

Drug manufacturers, which alone set and raise prescription drug prices, use a host of strategies for fending off fair competition. These range from shadow pricing to abusing the Food & Drug Administration’s (FDA’s) citizen petition process to marketing schemes that undermine the tools employers and other health plan sponsors use to keep costs down for everyone.

While holding manufacturers accountable for those prices, policymakers could enforce antitrust laws, reform the FDA’s citizen petition process, and outlaw coupons (where they are not already considered a kickback) for drugs with direct competition. Eliminating tax deductibility for direct-to-consumer advertising of prescription drugs would also reduce inappropriate demand for higher-cost drugs.

The key to reducing prescription drug costs is through increased competition in the marketplace. As more biosimilars enter the market, increasing their uptake will help boost competition and lower costs for patients. This can be achieved by streamlining how new biosimilars come to market, educating physicians and patients on the efficacy of biosimilars, making biosimilars interchangeable, and requiring a common billing code to make the substitution process smoother. 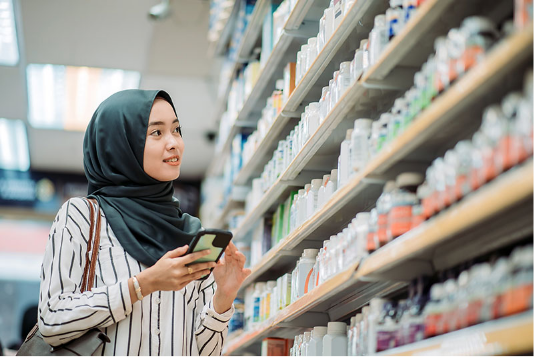 PBMs are leading the effort to align reimbursement around the value of prescription drugs. Simply put, we should drive health care solutions that promote value and results, not volume.

PBMs and manufacturers negotiate value- and outcomes-based contracts for drugs that have quantifiable, widely-accepted outcomes. Data collected to inform these contracts continue to provide physicians and payers with insights that enhance clinical decision-making, improve patient health, and increase competition in the marketplace.

Part D plans can utilize medical data in combination with prescription data to improve health outcomes. Legislative changes allowing the use of these data also would advance indication-based formularies and decrease prescriber burden.

Advance Use of Real-World Evidence

In a world where the cost of a given biologic can exceed an individual’s lifetime earnings, biopharmaceutical manufacturers should be expected to undertake ongoing research in their products, even after they are approved.

Health plans and PBMs need accurate, scientifically reliable information on prescription drugs throughout their lifecycles, from pre-approval for timely coverage decisions to post-market surveillance, and research into side effects and long-term efficacy for expedited approvals. These efforts should include rigorous evidence of drugs’ performance under real-world conditions.

This website uses cookies to improve your experience while you navigate through the website. Out of these cookies, the cookies that are categorized as necessary are stored on your browser as they are essential for the working of basic functionalities of the website. We also use third-party cookies that help us analyze and understand how you use this website. These cookies will be stored in your browser only with your consent. You also have the option to opt-out of these cookies. But opting out of some of these cookies may have an effect on your browsing experience.
Necessary Always Enabled
Necessary cookies are absolutely essential for the website to function properly. This category only includes cookies that ensures basic functionalities and security features of the website. These cookies do not store any personal information.
Non-necessary
Any cookies that may not be particularly necessary for the website to function and is used specifically to collect user personal data via analytics, ads, other embedded contents are termed as non-necessary cookies. It is mandatory to procure user consent prior to running these cookies on your website.
SAVE & ACCEPT